The Sanctity of Life

First things first, what is social conscientiousness anyway? It is being conscious of social issues and actually doing something about them. It is the small, private and unique way we each engage with the things in our society that bother us. It is not social justice, which is very prescriptive, telling people what they should be worried about and what they may or may not say, or think. Social justice is very militant in the way activism is called for, and how individual people are torn down.

Personally, I feel social justice has taken things too far and is actually becoming too extreme to be of any real use because it is dividing people. For example, you are told, you are either for abortion, or you are against it. Well, personally I am neither for nor against it. I, myself, would not have an abortion, but I understand that it is good for each woman to be able to decide for herself. And that I think is very important. Having control over one’s own body is important and should be a right. Thus, I think abortion should be accessible to those who require it and I feel others should respect the woman’s decision. I don’t believe shouting matches, Twitter storms or other social outrage is necessary. It does more harm than good.

This is why I prefer to take a socially conscientious approach to social issues. I look around me, I see things in my society that I find appalling and I think to myself, what can I do to make this particular situation better? And then I do something in line with my own unique skills and possibilities.

To take my main character, Elisabeth, as an example. While she is out riding in the forest, she comes across traps set for rabbits. In her feudal society, trapping in the King’s Forest is forbidden and anyone caught doing so will be faced with a death sentence. She is disturbed that people are in such dire need, they are willing to face death for a single meal. So she begins a small good deed. She takes some money with her on her rides and every time she finds a snare, she rescues any creature that is trapped in it and leaves the money for the poacher. This is her way of helping out within her means. It is her socially conscientious activity.

So what about me? Yes, I have several things I do. Today, I would like to talk about the value of life—the sanctity of life. Elisabeth says at one point: “Why should my life be of greater value than another?” This is a sentiment very close to my heart. Why should my privileged, white, middle-class life in the Western world be valued higher than that of a girl from say, Uganda? Why should I have all the opportunities I have had and she shouldn’t? To me, this social inequality brought about by the accident of one’s birth, even in the 21st century, bothers me. What can I do about it? Not much, many people would think; however, I like to think there are opportunities.

One such opportunity presented itself just a few days ago. At first, I thought, is this really worth it? Am I just going to get emotionally involved to then be disappointed and have to pull out or give up because it is too much effort for too little reward. And then I stopped. Because I realised, this is a call to action, and I can either be the hero and accept it, or not. The opportunity which has presented itself to me fulfills many of the key elements I always said I would support if I could support a charity. It is based in Africa. It involves children. It involves helping those who are in greatest need. And this is why I shall be focusing some of my attention on this particular project in the coming months.

The initiative is quite simply this: a young man in Uganda has taken in the homeless children in his area, but he doesn’t receive government support and he hasn’t been able to actually set up a proper orphanage or NGO to manage the situation he finds himself in. He would like to do many things, but the lack of money is quite obviously a hindrance to achieving his aims for his foundation. Those children who are the right age for compulsory schooling in Uganda, attend school. However, the older children who have completed primary school have no way of attending middle and high school, nor do they have any skills (other than basket weaving, which is the founder’s skill). They rely on what little they can make from selling baskets and the rare donations they get from charitable individuals. 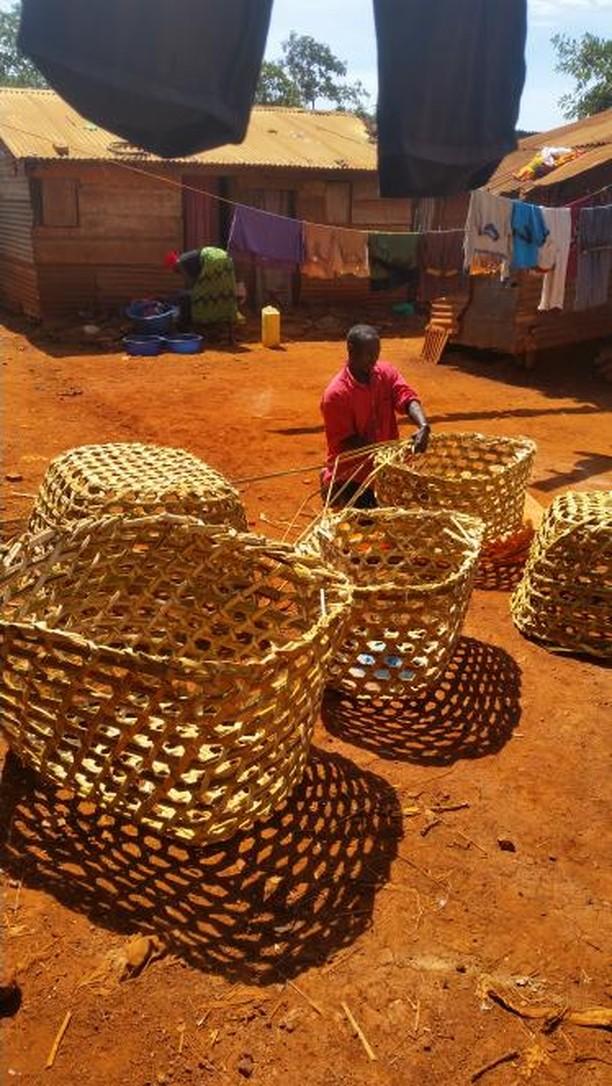 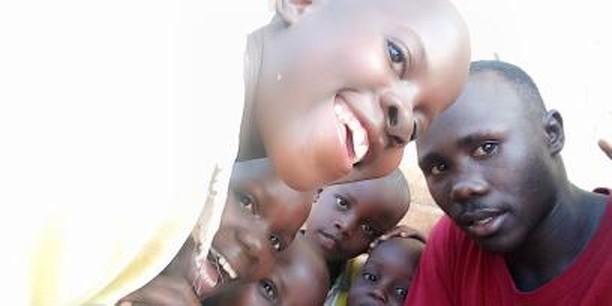 What if this could be the beginning of a proper orphanage for homeless children in this area of Uganda? What if they could access rental land to grow their own food and become more self-sufficient? What if all they needed was six months to set up the orphanage as a proper organisation which can receive donations and manage the bureaucratic system in Uganda?

Right now, this is the charity of one man, who is poor himself, but has accepted his call to action to help those in greater need than his own. I respect that. And I would like to help. I cannot, on my own, feed 35 children (a number which may even grow in the coming years) in Uganda, but what if a group of people got together and formed a group which could support this initiative financially for a limited period of time so the worry for where the next meal comes from can be dealt with for the founder and the older children. Then, they would be able to dedicate their time and efforts to resolving the question of self-sufficiency.

Would it not be possible for 20 people to pledge 20USD per month for a six month period? I could certainly do that, and I don’t even have a very high income. If I can manage, how many others could help with this endeavour and what kind of skills pool could we put together? I have quite a bit of knowledge about early childhood development, what the youngest children at the orphanage will need to reach their potential as humans. I am certain other people could bring unique skills to the table which would allow this endeavour to flourish. Working together and sharing our knowledge is an important contribution, as is a small donation to ensure the children don’t starve and the founder can work on moving forward, instead of sitting in the same place.

So I ask you, what is the social issue that bothers you most? If it is something similar to my question of the value of a human life, then consider this: can you spare $20 a month for six months and help feed 35 children while their orphanage becomes just that, officially an orphanage?

If you enjoyed this post, be sure to sign up and get the next installment right in your inbox. Next up is a post on my experience writing and publishing Elisabeth and Edvard - The Siblings’ Tale, as well as a follow-up to this post, continuing the discussion of the concept of social conscientiousness. If you’d like to stay up to date, subscribe here.

We Are Shaped By Our Histories

Finding A Place in Society

Why I Judge Book Covers That Sell